Did You Know #ADMP is helping Africa support Africa?

At Inventive Africa, we like to give supporters of African Innovation a chance to tell their story. We came across Afrik+Digital Marketplace (#ADMP) who offer support to innovations across Africa. Mireille Kooh, who has been called the ‘First-Lady’ of the internet operates from her native Cameroon, overcoming disability, is a feminist digital icon with an amazing Social Media footprint across Africa. She is nominated for ‘Web personality of the year 2017’ and has shown tremendous resilience in a very competitive environment: She serves currently as ADMP Super-CEO. She agreed to talk to us about #ADMP.

Inventive Africa – What is ADMP and how did it start? 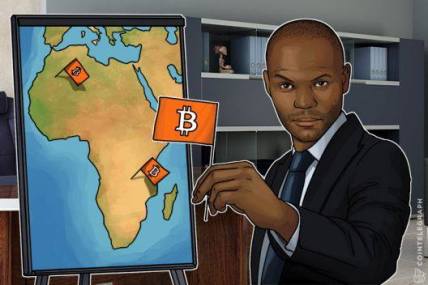 We are Pan-African and Afro-Optimists by nature, wanting from day one that, for example,  a startupper in Nigeria, looking for a coder in Tunisia, could raise its funds in Egypt, whilst being incubated in Uganda, to develop a South-African App.

It might sound far-fetched, but our background in Social Media guaranties that we back all our projects and content with Data analytics. We have a technical and scientific approach to our concept, enabling us to dominate our field like Usain Bolt!!

The reason why our idea has been so successful, is because we decided to follow the principles of the Digital Inception: A set of agile digital processes enabling the fast-spread of a message or concept in order to transform reality and measure its impact with analytics.

Thus, ADMP is a pan-African virtual incubator of startups.

IA – Why are you passionate about innovation in Africa and what are your favourites?

MK – Innovation is what demonstrates the unstoppable intelligence and knowledge of Afro-entrepreneurs.

#ADMP’s first passion is Financial technology innovation, Money transfers, Bitcoin, Ethereum, etc. Our next passion is technology-based StartUp concepts that we boost around the continent. We also include the many Global African Diasporas in our program. –> It’s ALL ABOUT TECH, MAN!!

Are we geeks? Probably… We are also deeply interested by social media innovation.

IA – How do you function as an incubator?

MK – #ADMP used the power of Facebook communities to build the Prime News Feed on #Fintech & StartUps with more than 3000 members and 14,000 in other countries too. With all the startups and incubators, we created a digital process that enabled those companies to grow their concept quickly!

Because we follow the principles of Growth-hacking as is used at Apple, Microsoft, Linkedin or FaceBook, and remain true to the agile management manifesto, in everything we approach.

That is why our vision is #GLOCAL (‘Think Global, act Local’ or ‘Act Global, think Local’) A vision that has served us so well that we were nominated for « The Night of The Web » in 2017.

In Five years time, our Virtual incubator will be consolidated in most of the technological parks and technoparks in Africa. As we speak: ADMP is about the NOW and TOMORROW and is in line with the current Millenials Zeitgeist and mindset.

IA: What are some of the Startups that use your services as an incubator?

From its inception, ADMP has empowered startups, entrepreneurs and soon incubators too. For example:

We have also supported

All those entrepreneurs have had to rely at some point on our unique technology called the MeMeshoutout, which can by-pass Facebook and Twitter lower reach by BOOSTING your message straight to the Global Tech influencers. It is a paid-based service that starts at 10 Euros or 10 Dollars.

IA – Can you introduce your services ?

We will finish by urging our African investors to start INVESTING NOW!! à Investing in a high-growth start-Up will become a premium! Especially in #FintecH! And you do not want to be the last man or woman ‘Out of the Loop’!!

Thanks to Mireille for taking the time to answer our questions. You can click here to find #ADMP and also check them out on Twitter.

For more interesting blogs on African Innovation go to our home page!

5 thoughts on “Did You Know #ADMP is helping Africa support Africa?”