May 1, 2018May 8, 2018 InventiveAfrica Innovation, technology, Uncategorized

Did You Know African musicians don’t need to be poor?

South Africa has a long and very rich history in music. Many different cultures and communities live side by side and even together in South Africa, each with their own stories and background. All of these have produced amazing leaders who have been influenced and contributed to the people, history and country as it is today. The challenges we see now in the music industry long began even for the legends the world so huge embraced as far as history can take us. You know you’re an icon when Time magazine showcases you in a three page spread, as when it headlined Brenda Fassie in December 2001 as the “Madonna of the Townships’. Her extraordinary talent saw her scoop the SAMA for Best Selling Release four years in a row. Some speak of an unnatural craving for limelight, and a personal life in tatters, but she was adored by hundreds of thousands of fans and dubbed ‘the girl with the golden voice’, and ‘South Africa’s queen of pop’.
Who can forget the great Solomon Linda? ‘Wimowek, a wimoweh’ – everyone knows this ‘chorus’ from The Lion Sleeps Tonight – the hugely popular song that everyone knows from the world-wide Broadway musical hit, The Lion King. According to blog.sa-venues.com (entertainment section), “When Solomon Linda, the man who not only wrote the song but also sang in a high soprano, and his group, the Original Evening Birds, cut the first recording of the song in 1939 it was the first African record to sell over 100 000 copies. When he died in poverty, in 1962, it was without having received royalties for his work. He sold the rights of the song, called Mbube, to Gallo Records for 10 shillings. His daughters were later to bring a lawsuit against Walt Disney for using the song in The Lion King movie and stage musical, which was settled out of court.” The lists go on and on of similar cases in royalties.
African music in general continues to grow despite all these challenges but music piracy, bad management and badly run record companies often leave artists, who pour their heart and soul into their music without any reward. Many, have to give up on their dreams, others find work to fund their music career, putting a strain on their personal. For example, the Prhyme Minister, from Ghana, who was one half of Hiplife pioneers KGPM, worked in London to both support his family and his music career. He is no doubt talented, and highly regarded amongst his peers as the first pidgin rapper, but despite this, his music does not get the recognition it deserves.
Sunkambe is a South African fintech company that is looking to change the fortunes of musicians across the continent! Founded by a young emerging entrepreneur, Shaka Ramulifho, Sunkambe aims to connect artists with their fans in order to raise finances by trading on musicians future potential revenue for 18 months. After 18 months musicians can have full ownership of their own work.
This musical platform further aims to promote collaboration among artists and to deliver flawless musical projects. Individuals and record companies, or philanthropists can invest in each musician. The money will used to fund their recordings and other expenses, and the musician keeps a 51% stake in themselves. With a 49% stake, it is in the investors interest to help promote and support the artist in the first 18 months, to gain their investment back, plus profit. This system takes some of the risk off of the shoulders of the artist, who, regardless of talent and ability, sometimes have to rely on luck to make the big time. Sunkambe are enabling the future talent of Africa to express itself and ensuring that the music industry does not collapse. 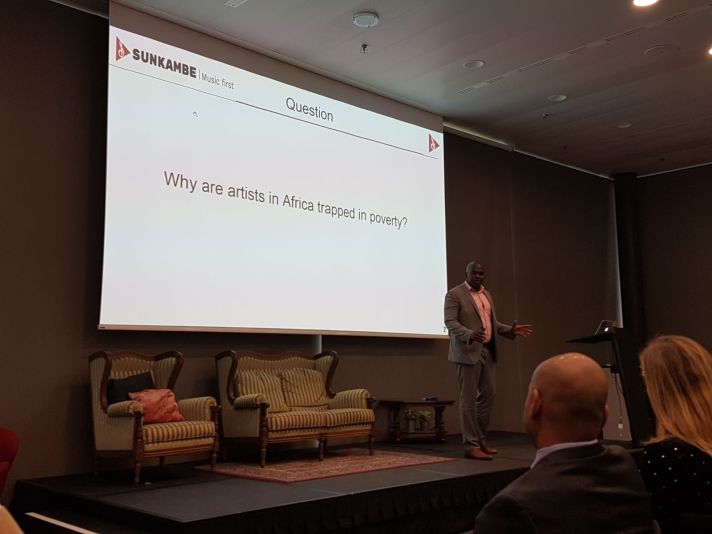 During Inventive Africa’s enlightening participation at the Seedstars Summit in Lausanne, they first heard Shaka Rumulifho pitch his idea to eager listeners. We took the opportunity to interview him afterward. You can hear it in full below.

Not only has this app given new possibilities in health care, it showcases the possibilities of technology to those that have not previously had access to it. This is the case of many of these barrier breaking innovations that we have seen in Africa in recent years. It is incredible to see how quickly rural Africans, many without a formal education, are able to pick up new technologies and utilise them.

Also, don’t forget to check out and like our Facebook page! For more interesting blogs about African Innovation, check out our homepage.

2 thoughts on “Did You Know African musicians don’t need to be poor?”