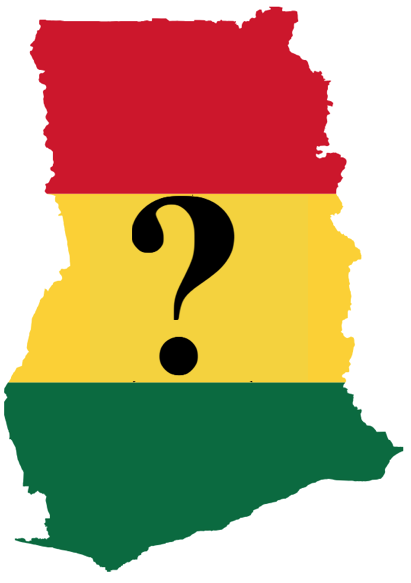 Ghana’s election is finally here. The build up to this hotly contested election seems to have taken a decade. As we write this, Ghanaians are already braving the hot sun, standing in long queues waiting for their chance to thumb their vote. First there were 16 presidential candidates, and then, after 13 were disqualified, there were 3. Now, 7 presidential candidates, including current president of NDC, John Dramani Mahama, and Nana Akufo-Addo, the twice failed candidate from NPP. As with all the elections since 1992, when Ghana had it’s first democratic election, it is likely that the victors will come from one of these parties.

In recent years, Ghana has become renowned for having some of the most peaceful elections in Africa and Ghanaians are extremely proud of that. Despite some occasional outbreaks of disruption and violence (one person was killed in the northern part of Ghana last week), it is widely expected to be another peaceful election, regardless of who wins. The 7 political parties have all, last week, signed up to a peace pact, to ensure they will all work against any kind of violence.

So, what other technology has been employed in Ghana to ensure a peaceful and fair election? Of course, in the proceeding months, campaigning on social media has been ramped up. Ghanaians all over the world have been sharing stories about their preferred candidates and against their opposition on Facebook and Twitter. Rumours and facts have been entwined and indecipherable in the traffic of information that has dominated social media. In recent weeks the posts have also begun to urge people to go to the polls and treat others with respect and keep the peace. (If you want to follow the election use #GhanaDecides)

One tool that has been deployed is the GoToVote website, which aims to ensure people of where they have to go to vote, and enable them to plan their voting day. Voters can search their region, then their village or area (not all the villages seem to be in the drop down menu) and then they receive a list of their local voting stations. GoToVote has previously been deployed in Kenya, Zimbabwe and Malawi.

Another app that has been pushed to the people of Ghana is the My Ghana budget app. The app aims to give a chance for Ghanaians the ability to really understand how the government uses its income for the country. Whilst the premise of the app is a good idea, it is difficult to use and the content is not up to date. Regardless of how the app currently functions, it shows that Ghana and other countries are moving in the right direction to make sure that their people are informed enough about policy to make a decision. Like many countries across the continent Ghana has few swing voters. Different ethnic groups traditionally vote for particular parties without concerning themselves with the policies. Having more available transparent information online can only help voters vote choose on policy rather than loyalty.

It is not just the internet that is being used to spread information and propaganda regarding the election and party policies. Long ago, Ghanaians started to receive text messages from the government reminding them of their achievements, such as how many ambulances they had put in service, and also form the opposition party outlining what they would do if they got into power. As you can see above, offline methods of massive billboards with the faces of the candidates are placed on every corner of the city.

Phones are also being used to make sure of fair elections and a reduction in fraud. A study by the Centre for Democratic Development – Ghana, found that the use of 4,000 independent election observers armed with basic mobile phones reduced incidence of fraud by around 60% at the voting stations that they were deployed.

If you go to the site of the Ghanaian electoral commission, you will notice an advert saying that the Thumbs App is coming soon. The app, much like the one for the election earlier this year in South Africa, is supposed to keep Ghanaians up to date on election results throughout the country. Sadly, Inventive Africa has not been able to access the app to try it out, and it seems as though it is not ready. In a continent where tech is being pumped out at an alarming rate, it is surprising that the Ghanaian electoral commission was not able to publish this app before the election day.

A lot of the apps and websites are not up to day, and social media will have to provide most of the information to people in Ghana. There is movement towards better electoral innovation in Ghana, but it may take another electoral cycle for it to be properly functional.

We wish Ghana good luck in the electionsDo you have any stories about your experiences when voting in the Ghanaian election? Or with any tech you have used to inform you on the policies of presidential candidates in Ghana? Please get in contact with us on Twitter @InventiveAfrica and please also share the blog on Twitter and Facebook.