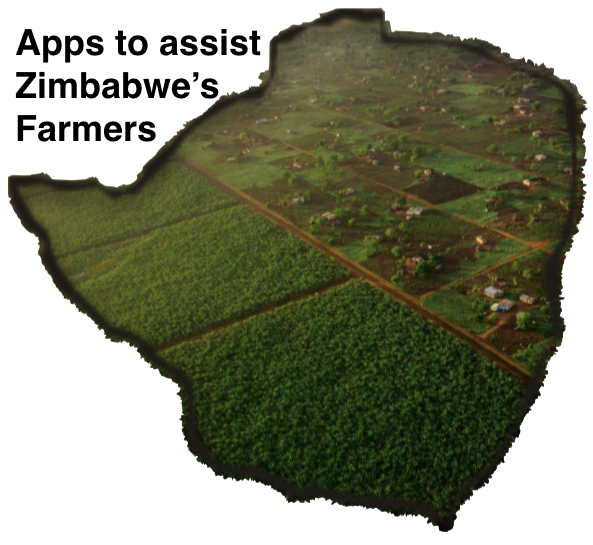 Did You Know Apps are assisting Zimbabwe’s Farmers?

Zimbabwe’s economy has at times been the talk of the world. Pictures of people wheeling their money around in wheelbarrows were spread across the internet as hyper inflation took hold. The Reserve Bank even printed a Z$21 trillion bill to pay off debts owed to the International Monetary Fund. Much of the economic difficulties have been caused by the failing agricultural sector. In 2001, President Robert Mugabe introduced laws in order to more equally distribute land between the subsistence farmers of African origin and those of European ancestry, who held most of the best agricultural land. The alleged lack of farming skills of those that were moved onto the prime farm land meant that many farms failed. That and sanctions placed on Zimbabwe by the IMF and ADB, meant that the Zimbabwean economy spiralled out of control. 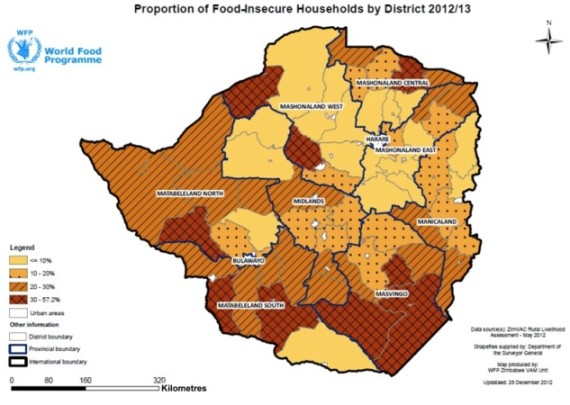 Currently agricultural output is still struggling and the current drought is putting the agricultural sector under further strain. Despite this, there is tech that is trying to address the agricultural problem in Zimbabwe. One of the major issues across the continent is that getting produce to market is logistically difficult. Often farmers must sell at a low price to intermediaries who take on the burden of taking the produce to the market. Farmers are never sure what prices their goods will get and therefore taking it to market themselves proves risky. There are often also very limited storage capabilities because of lack of electricity. Creating a guaranteed market can both increase the income of a farmer and incentivise him to improve his farming techniques to produce greater yields.

Zazu have created such a technology (Read about other cool agricultural tech here). It is a digital marketplace that connects farmers to buyers, with no need of a middleman or the frustrating and inefficient transportation to market. Farmers with extra product can connect directly with new markets and buyers can easily find the produce they want at a price that they. Using the SMS platform (Yes another example of systems that don’t even need smart phones) farmers and buyers are able to track their produce and also effectively invoice and collect payment. In Zimbabwe, 9000 farmers were signed up to the service and were making money.

Sadly for Zimbabwe and Zazu, due to further economic crisis this year, Zazu have been forced to relocate to South Africa. This occurred largely due to lack of cash of Small and Medium Enterprises, who could therefore no longer purchase large amounts of produce. Zazu have said that the nature of their SMS service means it is available for use anywhere in the world and but unfortunately none are still using it in Zimbabwe. On a positive note, Zazu opens opportunities for farmers all over the continent.

Another App that is being utilised in Zimbabwe is seeking to alter the skills gap that has seen so many farms fail over previous years. Hurudza assists farmers with all the information they need from cropping until selling. Using a step by step approach, this app takes farmers through the process of farming a crop, including advising on the best seed variety. It allows collaboration between agricultural stakeholders to ensure that a value chain is created and to assist in bringing food security back to parts of Zimbabwe.

The app has many functions that assist farmers of all varieties in their work activities. From crops to cattle, farmers can check weather conditions and even link up with markets for their produce, which increases the efficiency of their output. It is important for farmers to know that there is definitely a market for their produce, so that they fully utilise the potential of their land.

It may seem like an upward battle for two apps to help Zimbabwe meet is agricultural potential. It is going to take an effort from all stakeholders to ensure that Zimbabwe can once again have food security. If you want to be featured, contact us! If you have any comments Tweet us at @InventiveAfrica and please also share the blog on Twitter and Facebook.

2 thoughts on “Did You Know Apps are assisting Zimbabwe’s Farmers?”