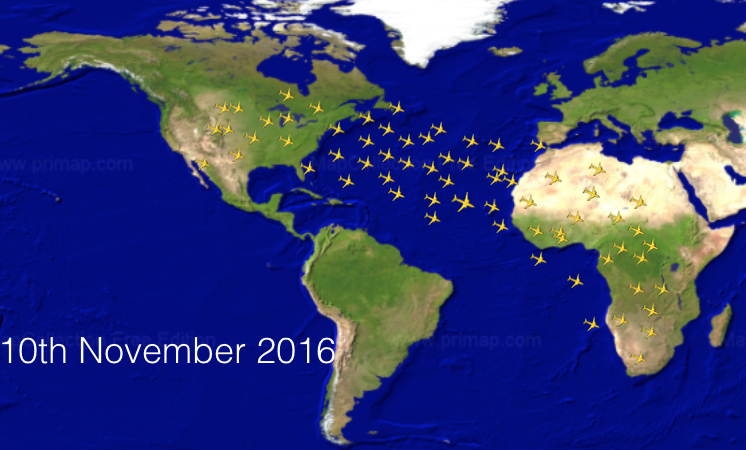 Did You Know African’s running from USA are good for Africa?

During the American election night, many funny pictures of African’s were shared around the internet of them waiting with their bags ready to fly home if a certain Donald Trump became president. Samuel L. Jackson suggested he was going to move to South Africa and South African the Daily Show host, Trevor Noah, has often wondered about his position in the USA if Trump came to power. There have even been amusing reports of African’s hoping that Trump wins because it means their family members, who they miss, will relocate back home.

We wrote in a recent post that the African diaspora was equally as innovative as those that remain on the continent, especially as many of them have different perspectives and have picked up different skills and knowledge during their time oversees. If African’s (and some non African’s) really do decide to move back to their countries in Africa, it is very possible that they will further increase the speed of innovation in the continent.

Some of the biggest innovations in Africa have been created and led by African’s that have spent time oversees. For example, Iyinoluwa ‘E’ Aboyeji, of Andela and Flutterwave, spent many years studying and working in Canada. Both of his innovations and businesses are now on the verge of disrupting Africa. In particular Flutterwave has the potential to disrupt the entire African payments sector, making it more convenient to both consumers and those selling.

Ory Okolloh, who was a co-founder and a driving force behind  Ushashidi,  a website that collected and recorded eyewitness reports of violence using text messages and google maps during a period of election violence in Kenya. The technology has grown and grown and used worldwide, even monitoring the election in USA this week. Okolloh studied in the USA, graduating from the University of Pittsburgh with a political science degree, and from Harvard Law school in 2015. She is another example of African’s that have broadened their horizons overseas and come back and pushed innovation.

Kelechi Anyadiegwu is another who has set up Zuvaa,  a successful online community and marketplace for African inspired fashion that aims to give African fashion labels the ability to bring their brands to the rest of the world. Anyadiegwu is of Nigerian decent and she was able to mix her tech savvy approach growing up and studying in America, with the influence of African fashion which surrounded her and create this incredibly successful e-commerce business, and with only $500 to start off with!

Another innovator of African decent that is making great strides to promote and invest in innovation in Africa is Jean-Claud Bastos De Morais. Of Angolan decent he is now in Switzerland and uses his influence to promote innovation in his home country of Angola and across the continent. We have actually written about a couple of his ventures previously. The African Law library, which promotes innovative access to African law and legal instruments and the coveted Innovation Prize for Africa, which is still open for applications until the 3rd January 2017. (If you have a cool innovation it is worth signing up!) He is also in the process of setting up a Tech hub of his own in Angola, the Fábrica de Sabão, in the middle of a slum!

These are just a few of many African’s that have lived outside Africa and are creating difference across the continent. We write with tongue in cheek that many African’s may now return from America to Africa after the recent election results, but if they did, it could lead to an even greater surge of innovation in Africa. Which diasporan African’s do you feel are making the biggest difference in Africa? Please get in contact with us on Twitter @InventiveAfrica and please also share the blog on Twitter and Facebook.

2 thoughts on “Did You Know African’s running from USA are good for Africa?”