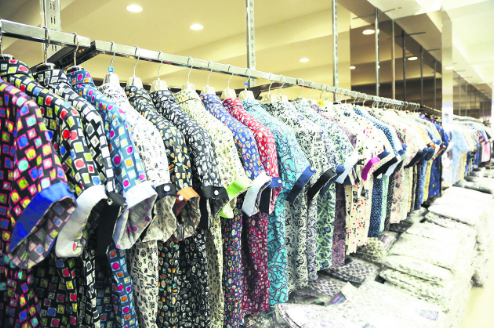 Did you know about Africa’s manufacturing potential

Africa’s lack of manufacturing and processing ability could be seen as holding back the continent. In the 90’s the Asian manufacturing boom crushed many African businesses, which simply couldn’t keep up, including a now decimated textile industry. Many, such as Thandika Mkandawire, a Malawian Swedish economist argue that without foundation of manufacturing and factories Africa can not continue to grow. Manufacturing is not something that has been ignored in the country and has taken between 10-14% share  of GDP in sub-Saharan Africa in the past few years.

Africa is largely reliant on services, but India has had a steadily growing services sector in the past years and is still trying to develop its manufacturing sector, which is gradually increasing, there is not reason why Africa as a whole can not do the same.

There are companies out there that are in fact turning to Africa to take on some of their manufacturing burden. One such company is Positivo BGH a South American tech firm who have recently set up shop in Rwanda. In recent years, Rwanda has been positioning itself as a major technology hub in Africa. It has been developing quickly with the GDP increasing an average of 8% over the last 14 years. Positivo have begun creating “Made in Rwanda” laptops with a team of 50 in their production team. This is not just a novelty or an attempt to find cheaper labour; the laptops are strong, light weight and cheap. Setting up in Rwanda opens the door to the African market, which has an enormous potential market for tech products. This CNN link has a video from inside the Positivo factory.

Positivo are not the only company that have seen the benefits of moving part of their production set up in Africa. Primark, Tesco and H&M have started sourcing some of their clothing from Ethiopia. Ethiopia offers favourable wages for big companies, has cheaper electricity and is developing a separate grid for the industrial zone and is cost effective to get work permits for foreign workers. If increase their cotton production (currently only 7% of suitable land for cotton production is being utilised) they will continue to grow in the apparel market. This article from Daily Sabah, gives a lot more detail about the current state of the textile industry in Africa.

General Electric have also bitten the bullet and started to make big investments in Nigeria. They have committed to build a $250 plan in Cross River State Nigeria, which will act as a regional hub, training centre and also produce electrical items. This project will create over 2000 jobs in the area.

The list goes on and on and so it should. There are so many production opportunities in Africa. The continent is full of raw materials that are being exported and then imported again as the finished product. Cotton, cocoa, oil, copper, wood etc, etc. And these items don’t need to be exported to add value. Adding value to these commodities within Africa, Africa will gain a competitive advantage, create jobs and increase its GDP. Here is another interesting opinion on value chains in Africa.

Of course, this needs massive investment, but changes can happen at all levels. From creating software, which Microsoft believe will be the “manufacturing of the future”, to creating canning local food products like the delicious tomatoes that so often go to waste.

6 thoughts on “Did you know about Africa’s manufacturing potential”